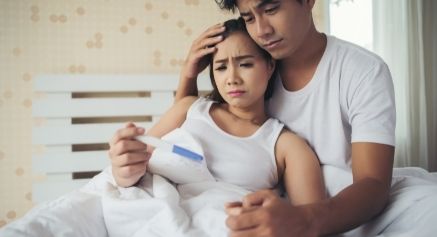 Getting pregnant is a challenging task. Although it may appear to be a straightforward process, several factors must be considered while conceiving. Male infertility is identified when the male partner’s sperm or capacity to deliver it to the female partner’s uterus is compromised. Half of all couples seeking reproductive treatment have a male element.

Genetic defects may lead his sperm to be abnormal in some circumstances. Suppose his sperm count is very low or no active or motile sperms are detected in his sperm.

Your doctor may also prescribe genetic counseling to assist you in deciding whether or not you can or should become a parent with your sperm, as well as what other options are available to you. The following are some of the most prevalent hereditary reasons for male infertility.

Can You Still Have Children?

Infertility affects around 15% of couples, and genetic disorders contribute to 15%–30% of it. Male infertility genetic causes are a range of physiological processes such as hormone homeostasis, spermatogenesis, and sperm quality. As a result, knowing the genetic basis of infertility is critical for correctly managing an infertile couple.

Male infertility is one of the impossible conditions in the reproductive profession, and its prevalence is increasing while its origin remains unknown.

In males, genetic abnormalities induce infertility largely due to disturbances in the generation of mature sperm, known as spermatogenesis, and its delivery to the egg for fertilization.

According to a report released by the National Institutes of Health, genetic problems are responsible for 2% to 8% of male infertility cases.

If the guy has a very low sperm count i.e. low number of motile sperms, or physical problems such as undersized testicles, and if he and his partner have had numerous miscarriages, genetic testing may be advised.

Cystic fibrosis gene mutation, chromosomal abnormalities in number such as:

The most common genetic diseases cause male infertility.

Sperm analysis and physical exam first verify that sperm is the reason for male infertility genetic causes; secondly, based on the fertility specialist’s assessment, genetic testing is performed to locate a genetic issue.

Male infertility due to genetic causes are incurable, although in vitro fertilization (IVF) with intracytoplasmic sperm injection (ICSI) of the man’s sperm can’t help him to become a father, and sperm donation can help a couple have a child. 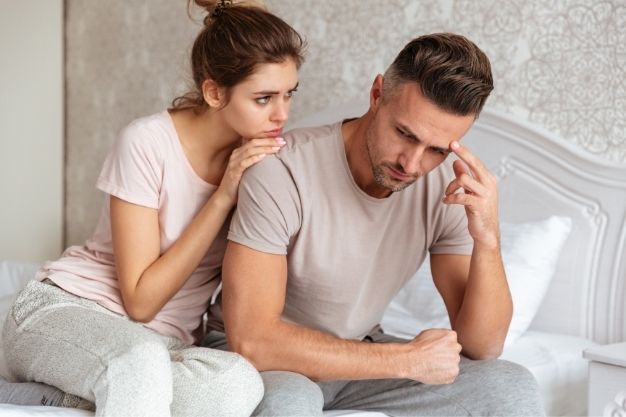 Because of the large number of genes involved in the generation and transport of healthy sperm, diagnosing infertility in males due to genetic disorders is difficult. Infertility researchers are continually discovering new genetic abnormalities that contribute to male infertility.

When inspections and the findings of a man’s sperm analysis show inadequacies in sperm count, presence, or quality, they may undertake genetic testing to identify a particular hereditary reason for male infertility. These diagnostic results assist us in determining the optimal course of treatment, such as IVF with ICSI utilizing the man’s sperm or using donor sperm to achieve conception.

In addition to male infertility, genetic causes can pass on major medical and developmental difficulties to a kid. Preimplantation genetic testing will look for male genetic abnormalities in an IVF embryo. This testing looks for various genetic issues that might lead to implantation failure, miscarriage, or birth abnormalities in embryos.

What are the Male Infertility Genetic Causes?

Infertility refers to a man’s inability to conceive a child. This is attributable to various factors, including lifestyle disorders and hereditary factors. Around 10-15% of cases of severe male infertility are attributed to hereditary factors. Chromosomal abnormalities or single-gene mutations can cause male infertility. Transfer of mutations cannot be avoided during normal conception; however, it can avoid assisted reproduction procedures. Infertility caused by genetics is frequently caused by the generation of defective sperm or a lack of sperm flow.

A fertility doctor may advise genetic testing to determine whether the guy has one of the genetic diseases impacting his fertility. In addition, if a couple has had recurrent miscarriages, a doctor may do genetic testing to uncover any anomalies preventing the pregnancy. Physical limitations, such as a lack of vas deferens or tiny testicles, may also suggest a hereditary problem.

Other genetic diseases, such as malformed sperm that cannot live long enough to fertilize the female egg, also decrease fertility. Men with azoospermia or severe oligospermia are more likely than infertile men for other reasons to have a genetic defect.

About 10% of the time, it is discovered at or before delivery. It is most commonly identified in males in their youth or adulthood when they have tiny testicles i.e hypogonadism, which leads to failure of the testicles to generate sex hormones. Men with enlarged breasts, known as gynecomastia, are frequently diagnosed with the disease.

One in every 1,000 boys is affected by the condition. Klinefelter syndrome accounts for around 3% of male infertility genetic causes and is more frequent in males with oligospermia or azoospermia. Aside from infertility, the disorder can cause diminished facial and pubic hair, a tiny penis, and poor sex drive.

Osteoporosis, language and speech impairments, learning challenges, and behavioral disorders can all be caused by a genetic condition.

Mutation in the cystic fibrosis gene

Cystic fibrosis is a genetic condition that affects the lungs and digestive tract and can be fatal. According to research, the sickness is caused by a unique genetic mutation that specifically impacts male fertility.

An abnormality in the cystic fibrosis gene CFTR (cystic fibrosis transmembrane conductance regulator) is significantly linked to the loss of the vas deferens, which delivers sperm to the urethra for ejaculation. Men with this CFTR mutation do not often have cystic fibrosis, although carriers of the gene. However, practically all males with cystic fibrosis have congenital bilateral vas deferens absence (CBAVD).

Men with the CFTR mutation may also have an ejaculatory duct blockage or an epididymis blockage, a coiled tube behind each testicle that delivers sperm to the vas deferens. A fertility doctor may suggest genetic testing for males with low sperm count, a sign of the CFTR mutation.

Because testing procedures cannot always discover the CFTR mutation, males who lack the vas deferens (CBAVD) are considered to have the CFTR mutation. To overcome the abscence of vas deferens or obstructions, sperm can be retrieved from the testicles and fertilize the female egg during IVF.

Genetic counseling for the male and his female spouse may also be offered to identify the risks of having kids with cystic fibrosis. Men with obstructive azoospermia of unclear cause increases risk of cystic fibrosis in progeny.

Microdeletions on the Y chromosome

This disorder impacts sperm production and deletes genetic information required for healthy sperm development in sections of the Y chromosome. According to the researchers, these microdeletions account for 16% of infertility cases in males with azoospermia or severe oligospermia.

When the guy has Y chromosome microdeletions, couples should seek genetic counseling as the deletion and infertility will be passed down to their progeny.

Chromosomal translocation is an uncommon rearrangement of a chromosome, of which are two types:

Men with these translocations have poor sperm counts and no active sperms in their sperm. According to one study, chromosomal translocations are responsible for 2.1 percent of male infertility genetic causes.

The chromosomal translocations do not impair sperm volume, but they exhibit much lower sperm quality than normal. Testicular volume measurements in males with translocations appear lower than infertile individuals.

A diagnosis of severe male infertility genetic causes should prompt a couple to seek genetic counseling to assess their risk.

Some couples having similar issues may try a variety of tests to discover potential abnormalities in embryos formed from the male’s sperm. Once again, genetic counseling can assist in determining the risk.