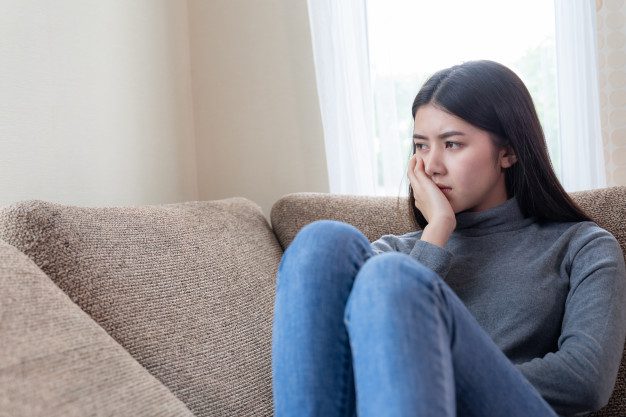 Depression:  It is a psychological state of mind where the person gets into his/her shell—he/she avoiding exposure to the external world and withdrawal from reality. Feeling low, abandoned, no interest in doing any work, not communicating with anyone.

It is a temporary phase in life, and the person would revert to an everyday mood sooner or later. In extreme long-time depression cases, there can be suicidal tendencies. Everyone at some point in life might experience a kind of depression. Depression can be associated with anxiety disorders.

As an individual, it is significant to know that being demotivated is usual in everyday life. Sad things happen; if the individual is on the low edge for every reason, it is depression.[/vc_column_text][dt_vc_list dividers=”false”]

Symptoms of depression include:

[/dt_vc_list][vc_column_text]Depression does affect the person’s quality of life, depending on the cause of the depression and the severity of the situation.

The person with depression tends to be like a heated glass that breaks with the least pressure. Depressed people want to be all alone all time, will be more frustrated for no reason.  They blame themselves for everything. They believe all the suffering happens from their end to everyone or everyone is behind his suffering. They consider themself a failure. There are few other types of individuals who give utmost importance to what others think of them. Their confidence depends on what others feel about them. If others give them a priority, they believe they are worth it. If not, they think they’re worthless. 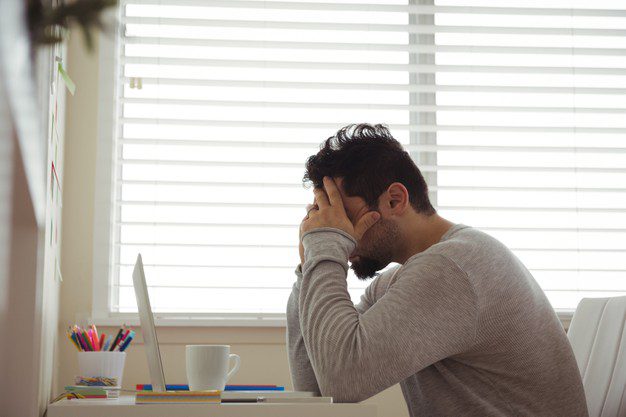 Their confidence depends on what others think of them. This happens because they are grown up in such a way like if the neighbors’ or family friends or relatives praise them for their behavior, they consider themselves worth. They look for appreciation, praises, compliments from others for whatever they do. On one side, that may help them have encouragement to keep up their performance, and on the other hand, if they could not keep up their image or performance, it will end up having a sense of failure and pulls them into depression. If the person is wise to understand his abilities and flaws, he will again get back to normal by boosting his confidence and giving himself another chance.

What are the chemical changes that happen in the brain to give such mood changes?[/vc_column_text][dt_vc_list dividers=”false”]There are many hormones and chemical substances generated in the brain as a result of the emotional changes in the mind. These chemicals are the neurotransmitters that are involved in depression are

It is observed that Serotonin regulates mood along with appetite, sleep, and reducing pain. When the serotonin transmission is reduced, the person can become depressed, and the reduction in its byproducts can lead to the increased risk of even becoming suicidal.

The limbic system of the brain controls all these emotional and behavioral responses. In few cases of severe depression, it has been observed in researches that there are structural and functional abnormalities of the limbic regions. Over and over again, thinking of something can cause a release of neurotransmitters in the brain.There are few types of Depressions:

This is a chronic state of being in depression.

There is an extreme change of mood from intense excitement to sudden depression and vice versa.

This happens in seasons like fall, winters when the climate is dull and gloomy.

This is after the delivery state of mind, where the woman is still not fully adjusted to the changed body and life.

Happens usually a week before menses.

It is a temporary phase of being in depressive mode.

It is a psychiatric mental disorder of depression that is very serious and sometimes requires hospitalization. The early warnings might be like, a sudden drop of the performance in studies or job; sudden withdrawal from everyone; suspiciousness; showing paranoid behaviors; expressing strange feelings or strange ideas.

There are various psychiatric drugs given in high doses to treat depression in the allopathic medicine system, which has many side effects affecting the heart, brain, and kidneys and can be fatal. The worst scenario is drug dependency. They cause the patient dependent on the drug substance.

At Dr. Care homeopathy, the patient is treated as a whole, considering the root cause. Its medicines are gentle, scientific, and practical and go to the disease’s depth to rectify the problem. Dr. Care Homeopathy talks to the patient and listens very patiently to what the patient is expressing, understands the pattern, collects the details of the behavior, analyzes the person’s nature, and investigates the root cause of this behavior. It then prescribes the medicine that suits this particular patient as per his symptom totality, so it treats the person as a whole both mentally and physically, giving him a good prognosis and improving his quality of life, without any drug dependency and side effects. Each patient is prescribed as per their expression. Not all depression patients require the same medicine. The medicine differs for each person, just like how no two individuals are the same.